X
Back to the top

Studio Bloch consists of three recording rooms, a control room, a bathroom and a lounge/kitchen. 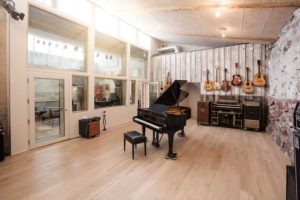 The pride of Studio Bloch is the studio’s large live room. The room has a high ceiling and oak floors, and the back wall looks the same as 100 years ago; the rocks make it one of the most beautiful and natural looking diffusers imaginable. The room has a quite lively and balanced sound with a relatively short reverberation time, which makes it sound very pleasant and airy but still defined. The room is equipped with a Steinway Type A Grand Piano from 1969 and is the most frequently used room to record in Studio Bloch. 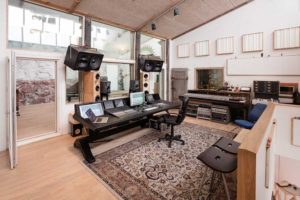 The second-largest room in the studio is the studio’s control room. The control room is based around a Euphonix System 5-MC control surface and a Pro Tools HD system with monitoring by Genelec, Yamaha, Dynaudio as well as a custom built pair of Acme mastering speakers. The front end is mostly handled by a vintage Amek Angela console and SSL preamps. The equipment list includes an EMT140 plate reverb and a rack filled with old and new high end signal processors. 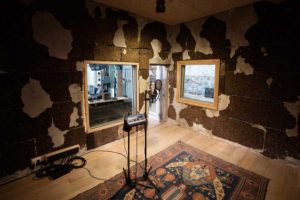 The drum room, the second largest recording room in the studio, is situated in an old freezer room from the days when the building housed an ice factory. To treat the sound in the room, plaster has been removed from the walls to reveal the old cork blocks which were used as isolation 100 years ago. The room has a dry, tight sound, making it ideal for both drums, vocals and other instruments while also offering a different sonic aesthetic compared to the other rooms in the studio. 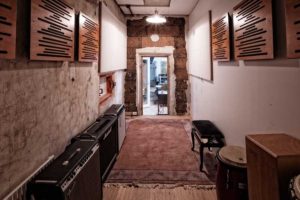 The studio also has a completely dampened vocal booth.

Along with the recording rooms there is a kitchen/lounge area where you can relax between sessions, prepare something delicious to eat or have a cold Sisu. 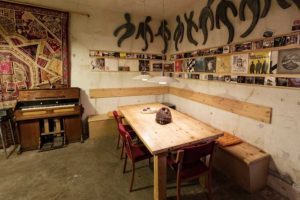