X
Back to the top

The Faroe Islands, population 48.000(70.000 sheep!), is an autonomous region of Denmark with it’s own government, state budget and flag. The Faroe Islands has a very rich history of arts, both music, literature and visual arts. The people of The Faroe Islands grow up with music as a normal part of everyday life, and have been for centuries.

Boasting musical talents such as Eivør, Teitur, Týr, Orka, Budam, Hamferð, MC Hár etc., the islanders have more than their fair share of musical talent for their relatively modest population.

The Faroe Islands is an unspoiled, yet modern society. You can find all modern commodities in the capital of Tórshavn, but at the same time you can go hiking in beautiful nature 5 minutes from the city center. The Faroe Islands lie in the North Atlantic Drift(continuation of the Gulf Stream), meaning that the temperature of the sea is pretty constant 12 months a year. This makes the climate relatively stable all year, as temperatures rarely drop beneath zero degrees celsius or above 15 degrees celsius. In the short term, the weather can change very drastically though – it is said that you can experience all four seasons during one afternoon on The Faroe Islands.

Coming to The Faroe Islands gives you an opportunity to get isolated from everyday life in one of the most inspiring places in the world. This is a strong benefit for music recording, since all visiting artists get the peace of mind to focus 100% on the music which is being recorded. And when you choose to have a break, you can go on a sightseeing trip with Norðlýsið, ATV driving in the mountains, take a long and beautiful hike or you never know, maybe Jónas will take you for a trip on his sailboat. 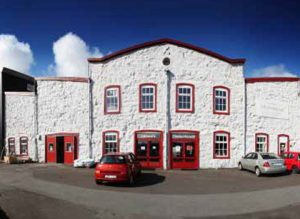 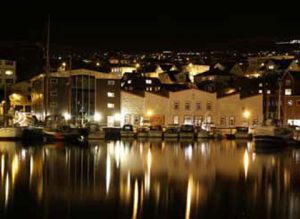